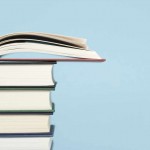 He stood tall and well-styled. His words were eloquent and piercing in a welcomed way like the first bracing whiff of a lover’s cologne. I could not ignore the words – nor did I intend to.

“We say that we believe ‘all truth is God’s truth’ – but do we really?” He went on to outline the ways which we say we embrace all truth but in fact refuse truth that comes from suspect sources, thinkers who are foreign to us or schools of thought that we have labeled as ‘dangerous’ or ‘heretical’ or simply ‘other.’

I was jolted by the truth.  Out of my own ignorance I had kept my reading list sanitized and safe. I did not read too widely outside of my denominational circle. I certainly did not read anyone associated with The Jesus Seminar. I never bought a book written by a non-Christian. Not true – I bought textbooks by non-Christians but approved by my Christian professors. I also bought the occasional novel, but classics penned by non-believers were allowed in my world. My reading list was pre-approved.

As an avid reader, I gleaned much truth from my carefully selected books. Did that mean the truth I encountered was also pre-approved?  Truth coming from familiar faces and places, truth that would not rock my boat or disturb the boats around me?

I decided that day what I believed – all truth does belong to God. No truth, despite its origin, threatens God or diminishes His authority. No truth unseats Him from His throne, but rather each strand of truth we discover gets woven into a tapestry that testifies to the goodness of the universe He created.

The practical outcome for me – a commitment to read without fear! I became open to finding truth in new places. I still proceeded with caution, getting recommendations from those who were more fearless readers than myself or following the trail of footnotes in trusted (but irascible) authors. I read like someone with a passport to new lands beyond my neighborhood.

I read with discernment, always. But I read books by people that used to scare me like John Dominic Crossan and Marcus Borg. They taught me about Jesus, introduced His world to me and opened up the Gospels in transformative ways. I read books by people I once thought were off limits to me like the Dali Lama. I learned how a Buddhist saw the world; I benefited from his careful study of emotions. I encountered great wisdom about contemplative practice from a Catholic priest and stunning insight on mindfulness from a Buddhist nun. I read what Jewish scholars had to say about God’s absence, Sabbath and the Psalms. I felt an inner flourishing.

Reading without fear opened me to a larger world that was burning bright with God’s truth from one end to the other. I found God to be more majestic, more comprehensive in His goodness. How generous He is with truth, how all of us created in His image can hold bits of His truth, speaks to God’s nature and His extravagant love for all of us. He leaves no one out – of His love or His truth.

I am left celebrating God’s generosity – and more of His truth. I embrace His truth wherever I find it. I read with discernment – but I read without fear because all truth belongs to Him.

9 thoughts on “Without Fear: Books & Truth”