{ the poor will always be with you }

Mark tells of a woman who comes to Simon the Leper’s house one night, knowing Jesus was dining inside. She pours costly perfume over His head out of a small alabaster jar. Jesus discerns her prophetic gesture. He honors her.

But those surrounding him at the table, disciples and Pharisees alike, couldn’t get past the price tag on the alabaster jar. They did the math – that perfume if converted into denarii could weigh down their collective purse. And think of all the poor people that could be helped with the money… Why waste it all on this display? Give the money to the poor instead was the verdict according to three of the gospel writers.

Jesus acknowledged the goodness of the woman’s anointing and continued, “…For you always have the poor with you…” 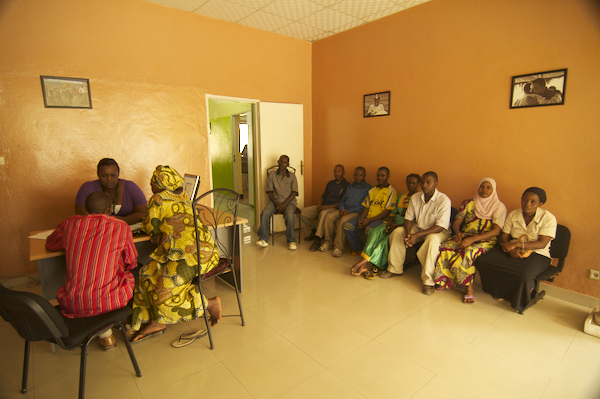 You can’t be a practitioner alongside the poor and marginalized for long before you confront this text, most often quoted as a stand-alone verse. Working in Burundi with the Batwa we’ve witnessed the inhumanity of extreme poverty, people living on less than thirty-five cents per day. My husband and I know the God who loves justice couldn’t accept perpetual poverty for our African friends – food insecurity, no access to health care, laughed out of classrooms, denied fair wages and even citizenship. So in our community development and micro-lending efforts we’ve wrestled with this verse.

For too many of us this is the only biblical scrap we’ve got in our pocket when it comes to Jesus’ words on poverty. The poor will always be with us. Doesn’t that deflate our efforts to eradicate poverty? Don’t those words make us rethink even trying to break the cycle of poverty? If ‘the poor’ are a permanent fixture then maybe we ought not try so hard or give so much. If Jesus accepts the inevitability of a poverty class, we should too.

Jesus was born into the under-class. Son of a carpenter in the backwater town of Galilee, He knew poverty firsthand. He and his friends came of age in a scared economy, people losing land and freedom to the elites; struggling under the heavy tax burden of Rome. This impoverished kind of living shaped Jesus. And with salvific energy alight in His very body, you cannot convince me that He saw this as acceptable, that He would shrug poverty off as inescapable.

So what did Jesus mean when He said the poor are always with us?

Read the rest over at J.R.Goudeau’s blog Love Is What You Do…

One thought on “{ the poor will always be with you }”