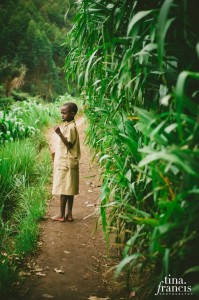 Isaiah describes the scene perfectly – people stream up the mountain to Jerusalem seeking the counsel of the Lord and come down with wisdom. The Lord arbitrates between the nations and they decide to beat their swords into plowshares turning weapons into more useful (and peaceful) tools. The upshot of it all – no more armed conflicts, no more war colleges. This is what the prophet imagines it will be like ‘in the days to come.’

When Isaiah and Micah spoke of swords into plowshares they were most likely quoting an ancient song. Maybe they heard their grandfathers sing it, their mothers hum it as they pounded grain into flour. The hope for peace stretched back generations and endured in a simple song that expressed human longing and divine hope. The song haunted these holy men.

The image of swords into plowshares is about dismantling guns and making gardening tools instead. It’s moving from full armories to full granaries, preferring crops to a cache of weapons. The song points to closing down the Department of Defense and expanding the Department of Agriculture. It calls us, not to a less violent world, but a non-violent one.

The prophets, energized by the Spirit, never dreamed of anything less than a new world. They hoped for deep transformation that would turn the world right side up. A world with no war and no hunger is what they saw. This is their song, still whispered to us all these centuries later.

Read the rest over at SheLoves Magazine today…

2 thoughts on “{ ShePonders: Swords into Plowshares }”