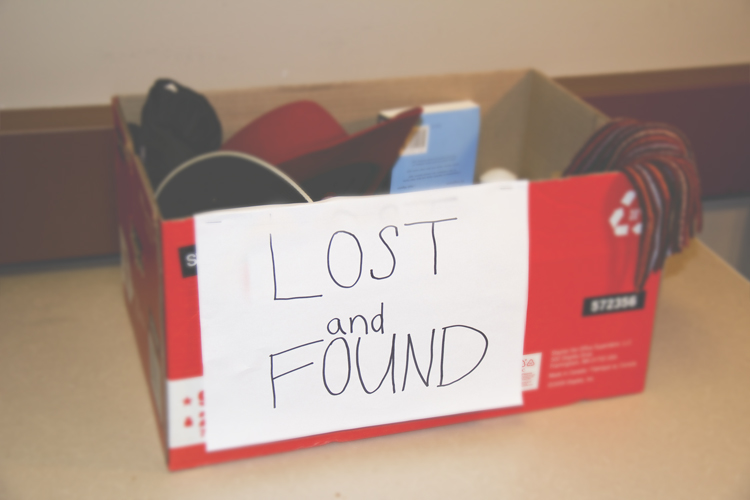 My sweet son is notorious for losing things – pens, socks, even his phone. Once something has gone missing, he moves right along without noticing most of the time. Losing and living skip along hand in hand for him.

I’m the one reminding him to go to the lost and found at school to look for the left behind lunch box / water bottle / hoody. If it wasn’t for me hot on his little heels I doubt he’d go looking for what was lost most of the time; he’d just keep on running ahead with no thought of what’s missing.

Jesus told a trio of parables about people who lost things: a shepherd who lost a sheep, a woman who lost a coin and a father who lost his son(s).

The shepherd watched over a flock of 100 sheep; at some point he stopped, counted and realized one was missing. The woman with her handful of coins noticed one had gone missing. She swept every inch and corner of her house until she recovered the coin. In each instance they stopped what they were doing and searched for what was lost. Thankfully, both found what they were looking for and celebrated accordingly. When you find that 1:100 or 1:10 it’s worth throwing a party – or so the parable goes.

Next we meet a father with two sons…

Read the rest over at SheLoves Magazine!