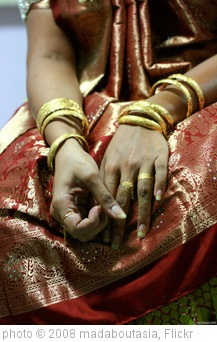 While never accused of having a Jezebel spirit, I’ve been in the room when others were so branded. Circulating in charismatic churches for many years I learned no one wants to be called a Jezebel. When we described someone (always a woman in my experience) as having a Jezebel spirit we meant she was controlling, manipulative, bossy and aggressive. It seemed to be the perfect insult clouded in Christian-speak.

I began to wonder who this woman was and why we are so quick to employ her name to demonize others. So I began reading. Jezebel’s first introduced in 1 Kings 16 as wife to King Ahab, daughter of a foreign king, worshipper of Baal. So she’s an ancient aristocrat with a taste for the finer things.

A chapter later Elijah predicts a drought. Lean times were in store for Israel. Three years into said drought came a word from the Lord dispatching Elijah to visit King Ahab – soon there would be a show down at Mount Carmel.

But first we learn of some palace intrigue. Jezebel had been busy killing God’s prophets (you know what they say about idle hands…). Meanwhile the palace manager, Obadiah, was equally busy hiding a hundred more from her murderous appetite. He hid them in a series of caves and fed them bread and water.

Next Elijah told Ahab to summon all the prophets of Baal and Asherah, all the prophets ‘who eat at Jezebel’s table.’ Inhospitable and hostile to God’s prophets, she welcomed other prophets of other gods for table fellowship. We see she had an appetite for some prophetic company after all.

Hundreds of her well-fed prophets came to Mount Carmel to complete with the solo act of Elijah. Who could bring down fire onto the altar… without a match? This drama ended the drought; once it became clear which god could strike a fire. Hint – the God of Israel prevailed.

Elijah approached King Ahab and instructed him to eat and drink since the drought was done. Ahab obliged. But now Jezebel hungered for revenge and threatened the life of Elijah.

So far we have Jezebel’s story of luxury and entanglements with various prophets. We also see different diets and appetites on offer.

To read the rest click over to SheLoves Magazine.com