Seth Haines and I met through the Deeper Story family, where he is both contributor and Deeper Church editor. Seth’s hallmark is honesty and raw truth-telling. He is an everyday poet, a gracious conversation partner about the things that matter. Friendship with Seth & Amber — a great blessing of 2014!

“YHWH governs as an alternative to Pharaoh, there the restfulness of YHWH effectively counters the restless anxiety of Pharaoh.”*

In the Spring of 2012, I found myself consumed by metrics. Our youngest son, Titus, had not been gaining weight, and our local doctors began requiring weekly weigh-ins. We were asked to log his food consumption, and began tabulating his caloric intake with near neurotic precision.

After months of struggling to pack on a few pounds, Titus began losing weight, and we landed in Arkansas Children’s Hospital where a team of doctors determined that he was “acutely malnourished,” and diagnosed him with “failure to thrive.” He was a slight child, caving in on himself.

In this season of struggle, the pressures of work were unrelenting. I practice law by day, and though my colleagues were generous (more than generous, in fact), the time away from the office began to take a toll on my practice. My metrics were slipping; I was, in an economic sense, experiencing my own failure to thrive.

There was no rest for the weary, and my life became sort of anxious cycle—from the frying pan of the office to the fire of family distress, and back again the next day. All the while, the metrics kept slipping, and slipping, and slipping: less weight gain than expected; fewer dollars collected; less new business.

I created pharaohs from whole cloth, watched them lord over me with whips. “More bricks!” they shouted. “More weight gain; more business!” And under the weight of these anxieties, I gave up and reached for the bottle.

This is the downward spiral of addiction and dependency. One becomes anxious about some uncontrollable thing, feels the fire rising in the gut, feels the heart hitching itself to one thousand wild stallions. A shot dulls it all down, quells the fire. And if one shot dulls it a little, six shots are a sort of fire-quencher. The next day, though, the doors of anxiety are opened again and the backdraft fire comes with even more heat than before. A shot dulls it all down again; six are a fire-quencher.

The pharaohs, the metrics of our own making, they lead us headlong into self-constructed prisons.

“In our own contemporary context of the rat race of anxiety, the celebration of Sabbath is an act of both resistance and alternative.”

It would have been almost impossible to instruct this anxious ninny in the ways of Sabbath in those days. I could have given intellectual assent to the notion that Sabbath is good for the soul, but in the economies of occupation and family-health, it’s easy to equate Sabbath with slipping. How can we rest when our child is wasting away? How can we rest when the medical care needed is so tied to our economic prosperity? How can we rest when clients and kin need constant attention?

Do you see Pharaoh? Is he standing over you demanding more bricks, better metrics, higher quotas? Has he taken away your straw, handicapped your ability to perform?

In Sabbath as Resistance, Brueggemann gets to the heart of the matter. He reminds us of our identity, reminds us that we are the people of the God who rests. Take up Sabbath—rest—as resistance to the metrics.

“It is resistance because it is a visible insistence that our lives are not defined by the production and consumption of commodity goods.”

Certainly Sabbath is a form of resistance, and I’m internalizing that notion more and more these days. When I feel the brushfires of anxiety rise, I turn less to the bottle. I take a small Sabbath and I consider the truth—even God rested from the fastidious cares of creation. I resist whiskey by rest. I resist chemical soothing by rest. I wage a mini-revolt against dependency by rest.

I’m considering the wise words of Sabbath as Resistance in connection with recovery from chemical dependency. I’ve found a golden thread in these pages: Sabbath is both resistance and recovery; Sabbath, then, is holy. 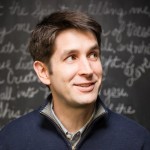 Seth Haines working stiff who makes his home in the Ozark mountains. He and his wife Amber Haines have four boys and a dog named Lucy. Seth enjoys music, food, fly fishing, and fine sentences. You can find him on a regular basis at sethhaines.com.