Jesus is the reason for the season (exactly how?) 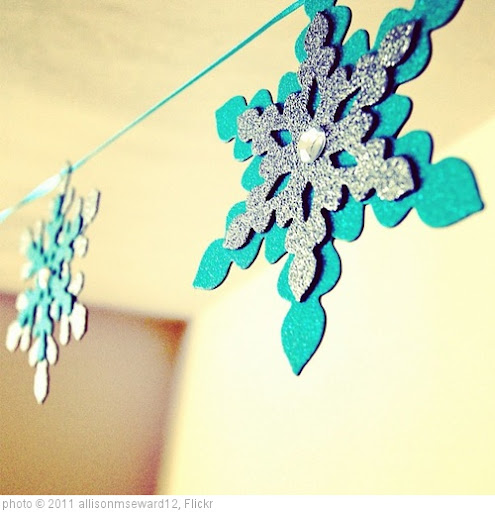 ‘Jesus is the reason for the season.’

Growing up in the church and a series of other concentric Christian circles over the years, this is an oft-quoted truism during this season.  Jesus is the reason for Christmas, the reason we celebrate; He is the reason we carve out this holy time on our annual calendar.  Christmas is about Jesus, not about lavish consumption and consumerism.  Absolutely true.

What is the Christmas story really about?  What did Matthew and Luke intend as they wrote down their distinctive birth narratives that we now blend together seamlessly into Christmas pageants?  Why did the wise men bring gifts?  Why did the angels fill the celestial amphitheatre with song?  Why did the shepherds run to see the baby?  What did the words of Elizabeth, Simeon and Anna mean to the first hearers in the ancient world?   What is the rhyme and reason behind these cherished stories we read our children during the 12 days of Christmas?

Matthew begins with a long genealogy that travels from Abraham through David and Solomon arriving at Jesus.  The lineage demonstrates that Jesus is the new Messiah, arriving on the scene at the appropriate time. Luke’s genealogy begins with Jesus tracing His line back through Nathan, David, Boaz and finally to Adam in the garden.  We learn from Luke that Jesus is the new Adam.  In the poetry of genealogy we learn that Jesus is Messiah, that He is our new beginning.  But we discover something else as well.  In the ancient world genealogies were spun to showcase the lineage of Caesar, to make manifest that he is the Son of God descended from Heaven.  Both Matthew and Luke use the rhetoric of the day to say something different – there is a new ruler and here are His credentials. These were both counter-genealogies announcing the bone fides of Jesus.  He is the true Messiah, He is the true beginning of a new era… not Caesar.

Next, both Matthew and Luke tell the story of the divine conception of Jesus.  The Angel Gabriel had several conversations with Joseph, according to Matthew, about the nature of his wife’s pregnancy.  As Luke tells it, Gabriel spoke to Mary directly about the goodness she was gestating within.  We are told that she received these words with an open heart and, I imagine, an awareness that her life had just been set on an irreversible trajectory.  While these stories of God-breathed conception sound novel to our ears, we must re-frame our understanding.  Such tales were commonplace in the days of the ancient Mediterranean.  You would hear stories like this all the time – about the birth of Caesar.  Everyone knew He descended from the gods and was genetically inclined to rule the empire.  Now we are told there is Another on the scene… another divine Son with the capacity and mandate to reign.  We learn that the birth stories have less to do with the biology of the mother and more to do with the destiny of the child – destined to rule.  Matthew and Luke tell us that Caesar has a challenger for the throne.  Jesus, the true child of God, is destined to rule the Kingdom.

Scattered within these birth narratives are many heavy titles.  King of the Jews was a title ascribed to Herod the Great, but applied to Jesus.  Son of God, Lord, Savior of the world – all used to speak exclusively of Caesar, the one who descends from the gods and saves the world.  He brings the Pax Romana through victory, employing violence to suppress rivals.  Included in his peace is an economic policy that rewards the elites and exploits the poor, but keeps the roads open and commerce flowing.  When Matthew and Luke call Jesus the Son of God, Messiah, Savior, Lord… they are dancing on the edge of treason.  But they are naming a new reality – the light of the world has come, and it is not the emperor seated in Rome, but the babe in the stable.  The gospel writers are, in effect, advertizing a better Son of God.  Jesus will bring peace through justice and His peace will come through non-violent means.  His Kingdom will bring about prosperity for all – even those at the margins and on the underbelly of the economy – and it will have no end.

What the stories of Christmas say, then and now, is that peace cannot come through Caesar. The gospel writers wanted us all to see that there is another way to govern the world – peace through justice, not violence.  There is another way to administer the Kingdom – through justice, love and goodness.  We have been entrusted with very subversive stories that invite us to see differently, believe differently and act differently.   The way the world operates now is not the only way it can ever be.  Jesus comes as a new kind of President, a different kind of Prime Minister, a better General Secretary of the United Nations and more skilled Managing Director of the International Monetary Fund… with another way to bring about a lasting peace and an equitable economy for all.

Jesus is the reason for the season…a reason that upends the status quo of the world as we know it.  He is the beginning of deep transformation the world over and the savior for all who suffer under current empires and economies.  He offers another way forward, a rationale that confronts all we have come to know and believe about the way the world works.

Jesus is the reason to rethink the status quo of our empires and economies.

Jesus is the reason to imagine peace and prosperity without war.

– because He, and not the Caesars of this age, is the Light of World, the Messiah, the Savior.  This is why we sing Glory to God in the Highest!

This was originally posted as ShePonders: Christmas on SheLoves Magazine last year.

2 thoughts on “Jesus is the reason for the season (exactly how?)”