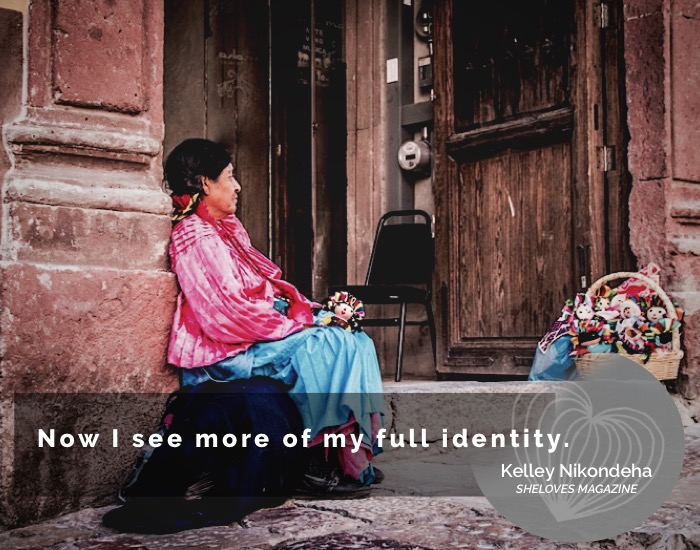 As an adopted person I’ve lived with the reality of a hidden history. My origin story remains unknown to me, sealed by a court order for almost 50 years now. I know little about my mother—just that she was Mexican and an accountant at the time of my birth. When I was three months old my parents adopted me. Even though my adopted mom is also of Mexican heritage, I was basically raised as a white evangelical.

Growing up we always had tortillas and hot sauce in the house. A favorite family appetizer was guacamole and chips. This wasn’t because we were Mexicans, but because we were Californians. We also loved steam artichokes, garlic bread and a variety of olives. I don’t remember ever feeling Mexican; it wasn’t an identity marker for me even though it was the only thing that connected me to my birth mother. I was a California girl (but not in a Katy Perry kind of way).

Many years later I enrolled in Fuller Theological Seminary, an interdenominational seminary where Methodists, Presbyterians, Baptists and even a few Catholics studied right alongside evangelical charismatics like me. The diversity of voices and experiences energized me. We contributed our various traditions and interpretations to the conversations. Our learning was textured with complexity and it drew me closer to the truth. This might be the root of my self-description as ecclesiastically promiscuous.

Read the rest over at SheLoves Magazine!

D.L. Mayfield interviewed me about my reading habits and recommendations for 2018 for her column, Reading to Save Our Souls over at Off the Page. Any guesses as to my three recommended reads for 2018? Read the interview here.

Adopted got a featured review over at Englewood Review of Books. I appreciate the reviewer for noting that the book was jargon-free and courteous to the reader, among other things. Read the full review here.