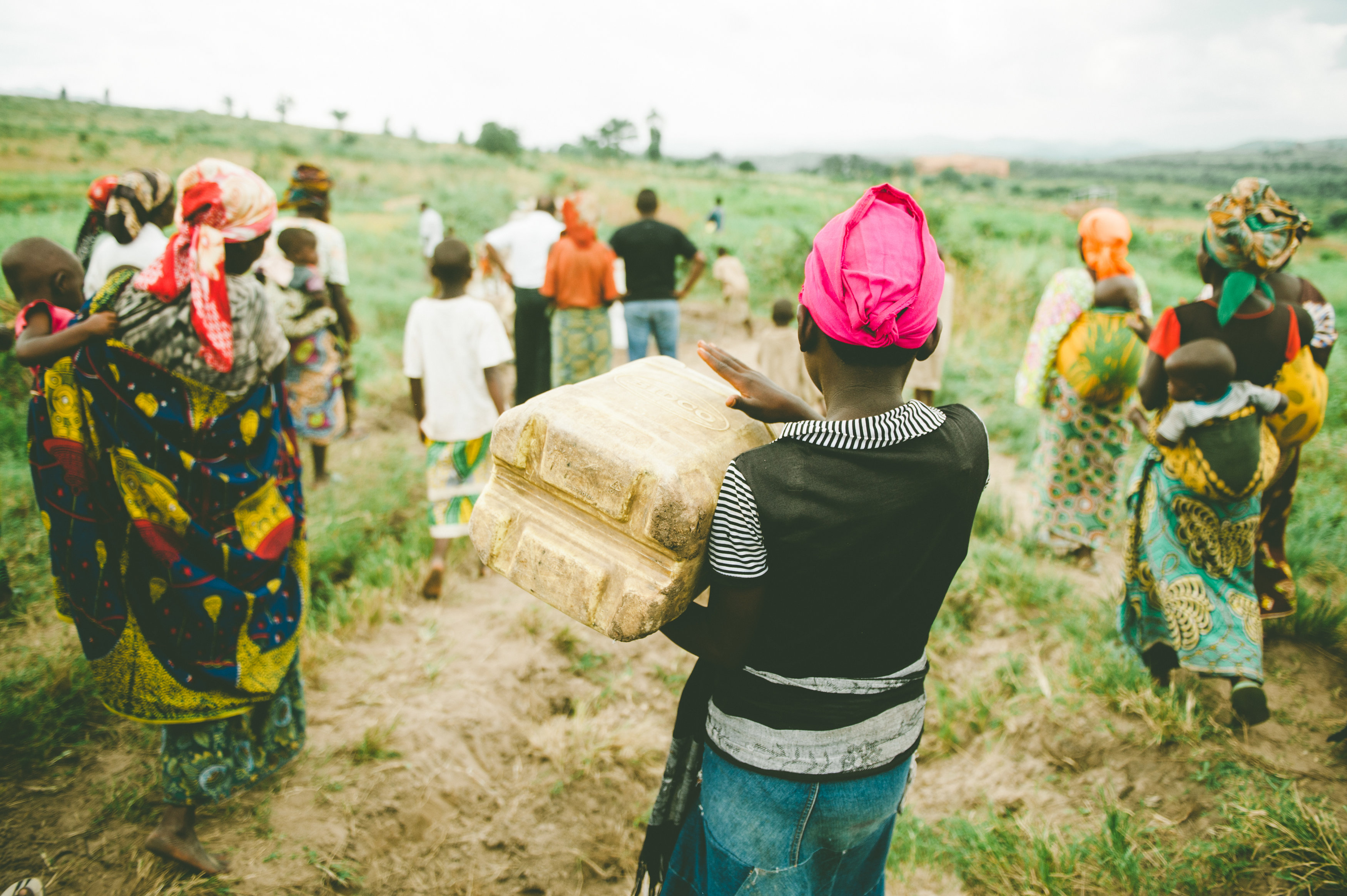 The Hebrews danced to the emphatic beating of the drums across the Red Sea, leaving behind the brickyards forever. They sang “The horse and rider YHWH has thrown into the sea!” as they moved beyond the reach of their taskmasters. Moses led the liberation parade as Miriam played her tambourine along the edge accompanied by a band of women. What a sight for sore, slave-weary eyes.

I played a tambourine when I was young. It was small, made of chestnut colored wood and shiny with shellac. The guitar players would let me shake my tiny tambourine along the periphery of the circle. The tinny sound blended well enough I suppose. My part may have been ancillary to the work of worship, but I savored every song.

I fancied myself a modern Miriam swaying on the sidelines.

Years later I would hear the sky crack open as a Burundian drummers beat their massive drums in practiced unison with intricate rhythms and ground-shaking energy. I’d never felt anything like it – the cadence traveling through the soil, through the souls of my feet, recalibrating my own heartbeat. I couldn’t stand still. Dancing was instinctive.

I feel most Burundian when I hear those drums; they remind me that some part of me belongs to this place. The steady, strong pounding of those drums under the gold sun unleash what binds me and for the duration of the drumming I am undeniably free.

So when I learned that Miriam carried a drum, not a tambourine, it made perfect and prophetic sense to me. The mention of a tambourine was an anachronistic mistake in translation, as all evidence in art and archeology shows that women drummed. The women were the trained musicians, skilled and strong with stamina to hold a rhythm all the way across the Red Sea. They composed the victory songs; they were the communal catalyst at the center of the procession out of captivity and into freedom.

Now more than ever I want to follow in Miriam’s footsteps.

In Burundi I notice women can make anything into a drum when there’s reason to celebrate or gather the community. They’ll repurpose empty plastic containers or turn washbasins upside down to find a flat surface to hammer with their calloused hands. The drums rally the women and before long the entire village is galvanized and gathered.

Those women are my favorite. They don’t demand to be seen (often they crouched down low to the earth) but they’re heard across steep valleys and over green hills. Maybe they are the descendants of Miriam – it would explain my deep affinity for their handiwork.

Sometimes I’m invited to shake my little tambourine on the periphery. I watch my sisters treated like tokens or merely ornamental instruments in one gathering or the next and my heart aches. I’d like to think it’s unintentional, another instance of anachronistic translation. But the truth is we act as if all women have are tambourines.

So I’m turning in my tambourine and exchanging it for a drum that I can pound with all my might because I have freedom songs shut up in my bones. I want to break the air like a Burundian drummer and declare jubilee is on offer and neighborliness is making a comeback. I want to join with the tribe of women leading the liberation movement, drums in hand, because these rhythms will set us free.

We are Miriam’s descendants. So it’s time we compose more freedom songs and dedicate more time to drum circles. It’s time we move in stride together to lead our communities in parades out of bondage, out of scarcity and out of injustice.

We can join up with Mary, who Jesus called by her Aramaic name on Easter Sunday – Miriam. My guess is her parents wanted her to beat her drum like her namesake once did. And so she did as she ran to town announcing the resurrection song that sets us all free!

Now it is my turn to carry Miriam’s drum… and I don’t think I’m the only one.

One thought on “{ A Deeper Story: Miriam’s Drum }”