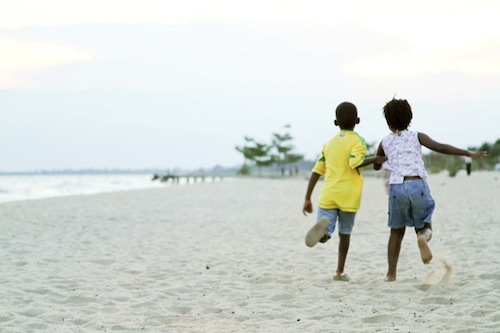 While I haven’t birthed my children, I’ve birthed their stories. In the early days our adoption tale felt legendary, laced with Spirit-whispered promises and just in a nick of time departures and a medical miracle for good measure. To tell these stories was to tell my story of deep formation during the adoptive arc, revealing my eventual status as an accidental mother of two Burundian babies only possible in the imagination of God.

I had to tell these stories of how God created a mother ex nihilo, how God healed a baby found on hospice watch, how an adopted child became an adoptive parent. These came from my own belly.

I beamed as I held my browned babies, as I held my glowing stories. Speaking them out was the most natural thing to do, testifying to a great goodness done unto us.

But as my children learned to feed themselves raspberries, turn on lights, unlock doors and move from me at increasing speeds my sense of things changed. They were growing up and already moving away from me, starting that long process of differentiation. I knew they wouldn’t always be mine to corral and control. And neither would their stories.

Before we even celebrated our first Adoption Day together I began holding their stories closer, giving fewer details about how they were orphaned and then brought home. I spoke less of my daughter’s former illness, lest I surrender too much to strangers before she could comprehend her own healing. I began wondering if I’d already given too much away.

I realized that telling our children’s stories is a complex endeavor because they are also our stories. At what point along the umbilical cord does mother diminish and child increase, mother ending and child becoming a separate individual with a unique story? I found it worthwhile to consider where my story ends and theirs begins.

D.L.Mayfield is hosting a series on War Photographers over at her place. The rest of my reflections on writing about our children can be found here.