the text that won’t go away 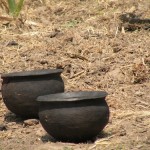 Not too long ago I wrote a piece for my friend’s blog. I wanted to dig into the often-quoted statement “The poor you always have with you.” There are really two things happening in this Gospel text. (I wrote about the other at SheLoves Magazine awhile back). But this interaction stuck with me throughout the weekend, the text that won’t go away.

I wonder if Jesus had a bit more snark in Him (like me, sadly), if He might have pushed the dinner guests a bit further. This is the rendition that replays in my own head this week…

Something is happening right here, in front of us. A prophetic gesture. But you point to it, label it extravagance. ‘That costly perfume could catch a good price and be given to the poor.’ But it’s misdirection, this feigned frugality. You don’t want to see the significance of the sign because it’s pointing to suffering, death, burial. You can’t imagine resurrection. So you throw the poor into it, a red herring. Let’s talk about poverty, the money, even stewardship – anything but death.

I don’t like the poor being made into conversational strategy for misdirection or avoidance. I’m not buying it, either. (1) The poor can’t be bought off with one jar of perfume. Keep giving, unless you want to alleviate poverty altogether in this town. In that case, you know what to do, start at Deut 15. (2) A prophet’s in our midst preparing me for burial. See her? She’s the first disciple to get where I’m headed and join me in the way. Unlike you, she’s not afraid.

No amount of misdirection or talk of the poor will mute her message. None of your talk will change my destination.

You know how I hold the poor close. I don’t want their perpetual poverty; I want them to live in a better economy. You know this; you’ve always known this. Don’t belittle them or belittle my care for them by using them as a distraction. They are not decoys; they deserve more dignity than that.

Look around you. Bethany brims with the broken and impoverished. They call it ‘the poor house’ for good reason. So do something about it. But don’t make the poor into red herring, make them your friends and restructure the economy so you can all sleep well at night.

One thought on “the text that won’t go away”