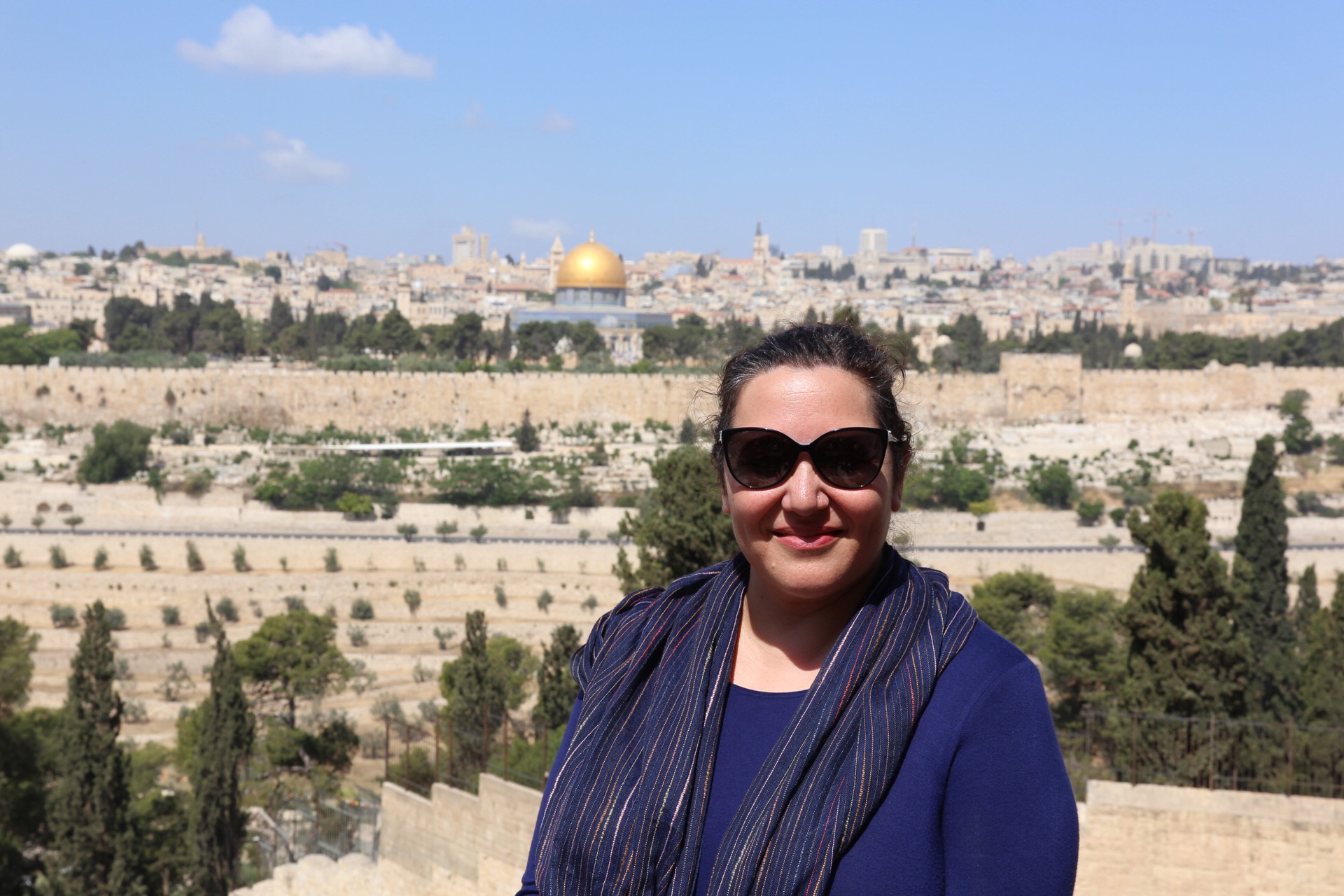 I’ve been to the land we call holy – and back.

Before I boarded my string of flights from Bujumbura to Tel Aviv I spent time reading, reflecting, praying. One shard of Scripture glimmered like the golden Dome of the Rock: The meek shall inherit the land and delight themselves in abundant prosperity. Psalm 37 parses out who will, and will not, have ultimate claim to the land. The wicked and wrathful will not; those who plot against the righteous, brandish the sword, bring down the poor, and borrow without paying back won’t keep the land forever. The land, this promised place, will slip through their fingers and into the hands of the meek.

The meek are those who are faithful to the land, they know they are stewards of it. Often, they are the ones who cannot leave it, even in troubled times they have nowhere else to go or means to get out. So they remain. It’s not uncommon to find them beleaguered – beset by hardship and bereft of loved ones. This is what Psalm 37 sketched out – meek ones trust in God, do good around the neighborhood as they can, live in generous ways and are committed to justice even when it looks hopeless. These ones will inherit the land, says the Lord.

The Psalmist has a specific land in view. It is the high place, Jerusalem. It is the land surrounding it, Judea and Samaria, Israel to the north. It is at least all this promised territory – maybe more. This is the inheritance of the meek.

What captured my attention is that the land is guaranteed to a kind of person – a meek person. Not an ethnic group, not a religious clan but a quality of heart and tenor of life. I’m sure the Psalmist assumed the meek would be Jews from among the twelve tribes, but the Scripture does not mandate anything other than meekness. The Spirit leaves room for a surprise, it seems.

So I boarded my first flight without my Bible, but with this verse embedded in my heart.

During our days in Jerusalem, Bethlehem, Nazareth and Jaffa we met many peacemakers. Some chose to remain and work for justice, though they have passports and ample opportunities to live elsewhere, places with less conflict. Others could not leave even if they wanted to because they lack access under the current circumstances, but rather than stay and wallow in resignation or stoke anger they, too, work for justice. They are Jewish, Christian and Muslims. They are Israeli and Palestinian and some even have roots in America. They are, more to the point, meek.

When the family farm is surrounded by settlements and deprived of resources, the meek respond with a resistance that proves faithful to the land but refuses to hate the other, refuses to accept the other as an enemy. The meek live creatively to preserve the goodness of the land and insist on peace.

In a land rife with conflict, the meek educate for peace. They determine to see history through the lens of peace, not war. They write a curriculum about Peace Heroes – and work daily in classrooms to shape the future peace heroes.

When it is easy, perhaps easier even, to be segregated from the other side, the meek ones enroll their children in a mixed school to create daily encounters with one another. Parents, both Jewish and Palestinian, participate in school activities. Children learn and play together, finding friendship where others might only see difference. These families choose to see one another, to talk honestly about the strife and, as the meek do, build toward peace by refusing to run from one another.

Sometimes the meek live in communities where rockets rain down with such regularity that even the school bus stops are fortified with concrete. They tell of destroyed property, friends killed and tunnels too close to feel safe. And yet the meek beleive there is room for them all to be at peace. The meek drive to the border each week and drive a would-be enemy to a medical appointment to help but also to make contact and offer a single stitch toward repair between communities.

We remember that Jesus pulls this thread from Psalm 37 all the way into his Sermon on the Mount: “Blessed are the meek, for they will inherit the earth.” But Jesus picks up on the opening left by the Spirit. The meek will inherit the earth. This is not a statement specific to one people or one land; this is a universal promise to the world’s meek. Wherever the meek ones live, whatever conflict they endure, they will have the ultimate inheritance – the earth. Again, this is not about one ethnic group or religious tribe or social elite. The meek of the world will at last inherit the earth they’ve so faithfully inhabited.

But I also believe that the meek will inherit the land, too. Now I’ve seen their faces, heard their stories, and shared meals with them. I’ve met the meek ones. I am ever confident that the Lord’s promise will hold fast and they will inherit this land in peace.

P.S. The Dome of the Rock holds a special place in my theological imagination. It is the holy ground common to all three Abrahamic strands of faith. Seeing this cityscape with my own eyes was a moment for me… Thankful to Alysa Bajenaru for capturing this moment!

One thought on “The Meek Ones”