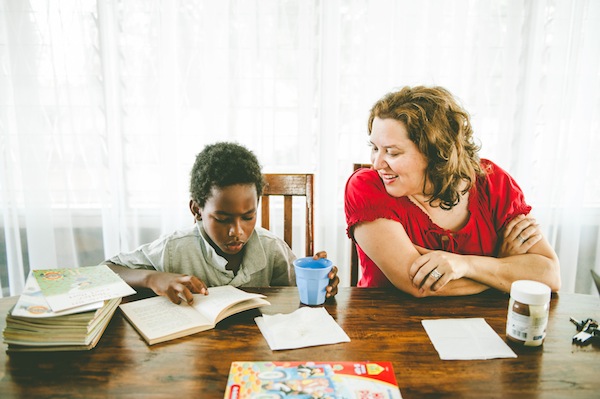 My summer is nearly done. In a matter of days I’ll pack suitcases, gather passports and make my way home in time for the first day of school. Glancing through the photo album of summer days, trying to discern if he hit a growth spurt between my arrival and departure, I realized another kind of growth.

These are some of the things my son learned this summer…

1. You can talk to Papa about anything new or curious happening to your body. Without going into unnecessary detail, my son is heading into those pre-teen years when bodies change. New sensations and new questions arise. What he now knows, after a candid conversation one night with both his father and I, is that he doesn’t need to be scared or embarrassed to talk to Papa about his body and its growth. Our impromptu conversation broke the ice, making future discussions more likely to happen as he reaches new heights, his voice reaches new depths. He knows Papa understands, has been through it, and will listen to him anytime.

2. God stands alongside the oppressed, ever close to the broken-hearted of the world. Multiple times this summer we landed on this truth amid our conversations. The first time, early in the season, we talked about the story of the Exodus. I told him how God heard the cry of the Hebrews enslaved in Egypt – then God acted, God delivered. Whenever and wherever people are oppressed, on the underside of justice, God stands alongside them. This came up again in the many talks we had about the conflict between Israel and Gaza – who is oppressed, and where do we find God?

3. God loves our enemies as much as He loves us. As often as we talked about Israel and Gaza, which was plenty during our final weeks, we talked about God’s sweeping call to love everyone involved in the conflict. “Why do we love every person in Gaza and Israel?” I asked. “Because God’s image is in each one of them,” he responded. Indeed, in the words of Desmond Tutu, God loves those we call enemies as much as he loves us! God doesn’t give us permission to hate, but to always work toward love of the oppressed, the neighbor and even (maybe especially) our enemy. “Jesus asks a very hard thing, mom.” “Yes, but did you think transforming the world would be easy?” I asked.

4. You get to have both your mothers; you don’t have to choose between us. This year we celebrated our 9th Adoption Day, saw the neighborhood where he was found by a farmer on the way to market and talked a bit more about our birth moms. At one point, over pane chocolate and mango smoothies, I told him he gets to have both his mothers. He doesn’t have to choose between his dreams, thoughts and feelings for his birth mom and his love for me – he can have both. “Thank you, mom,” he said, wiping away a tear or two.

5. Be like Messi, not Renaldo. For my son, everything comes back to soccer. His favorite player is Messi, and he regaled me at length with his virtues as a player and a person. One of the sterling qualities – he does not let insults provoke him to unsportsmanlike behavior. This in contrast to his rival, Renaldo, known for arrogance and aggression. So when he’s insulted on the field or at school, the new rule? Be like Messi, not Renaldo! 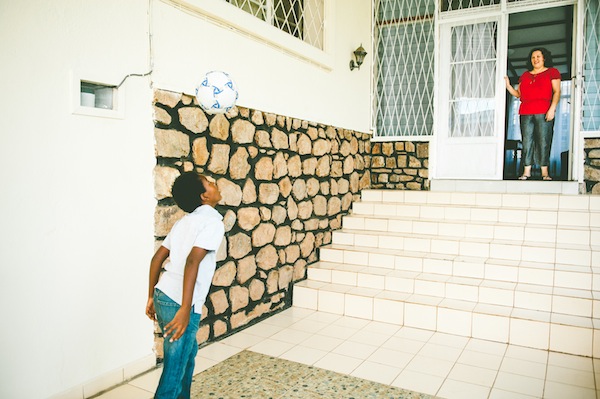 I think our summer lessons will serve both of us well in the season ahead. And as he grows out of his shoes and shirts, I pray he will grow into a young man capable of deep compassion and complex conversations. I hope he will, with each day and each choice, become a peacemaker that will make big (and small) contributions to the world God so loves.

One thought on “Summer Lessons”