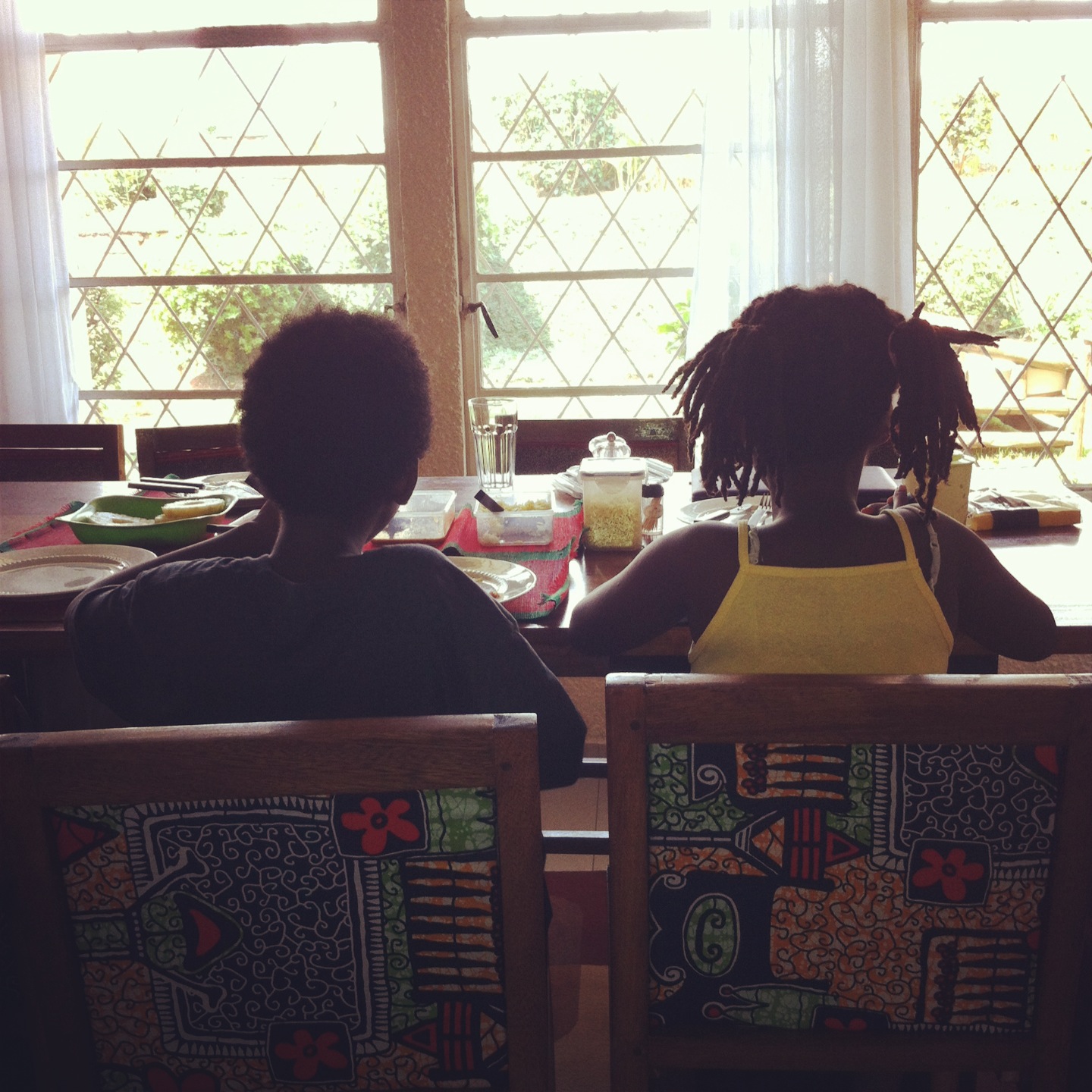 Open suitcases strewn on the bedroom floor signal that summer’s coming. Once more we strategically pack clothes, electronics, books and all manner of sundries into our checked and carry-on luggage. We’re leaving the United States, bound for Burundi, known as the heart of Africa.

This isn’t a family vacation. It’s our annual family migration. We move together between familiar places, our lives stretching to fit these diverse locales. In this kind of life-style, airports are demystified at an early age and travel amenities become daily tools. When it comes to in transit vocabulary, my children are well versed in both words and icons.

Living between Burundi and the United States marks my son and daughter as third culture kids in a strange sort of math where 1 + 1 = 3. But I see the logic of it now, several years in, because while they’re dual citizens neither passport fully defines them. I see them as exponentially more owing to their friends from both countries, their ease with other languages and currencies, and their inside knowledge of extreme poverty and middle-class comforts. My children inhabit a larger world.

Not everyone thinks this is the case. My own mother wonders if one day, when they’re grown, they’ll tell me how much they hated this life between worlds.

Maybe she’s right. Maybe one of them will look back with regret, wishing for a normal childhood in one home, one city, one culture. This possibility jiggled around in my mind like a loose pebble in my shoe for many months. What if they grow to despise this life?

Read the rest HERE, a conversation on Third Culture Kids hosted by Rachel Pieh Jones, aka Djibouti Jones! We met via SheLoves Magazine and I am absolutely smitten with her writing and perspectives from life in Djibouti.

One thought on “{ Painting Pictures: A Transitional, Formational Life }”